Magnificent rooms were furnished on this floor in the German Renaissance style in 1869-75 as accommodation for King Ludwig II, but these were destroyed in the castle fire of 1961. 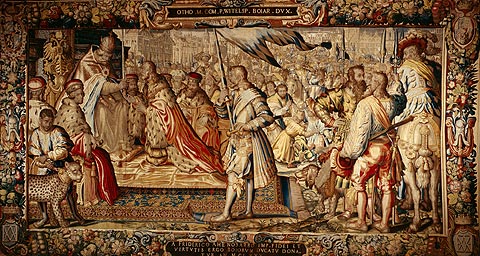 They were made for Duke Maximilian I of Bavaria in 1618 in Paris, from designs by the court painter Peter Candid.

back to the museum room "King Ludwig II" 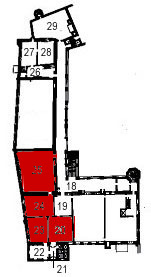 further on to the Anteroom in the Italian Extension