Hall in the Princes’ Building (room 11) 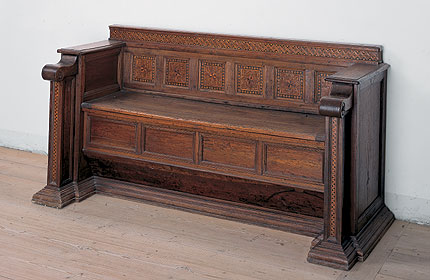 This room, part of the ducal apartments, had two so-called listening cabinets on its south side, which had slits in the wall through which the adjacent anteroom could be seen. They were used by the servants, who could be summoned from here.

One of the cabinets was lined with simple panelling, while the other was decorated with paintings by Franz Joseph Geiger dating from 1775/76, which were destroyed during the castle fire in 1961.

back to the arcade passage 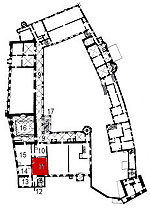 further on to the Cabinet in the Italian Extension (First floor)